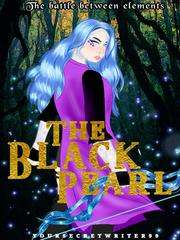 What is The Black Pearl

The Black Pearl is a popular web novel written by the author Yoursecretwriter99, covering Fantasy genres. It's viewed by 23K readers with an average rating of 4.81/5 and 20 reviews. The novel is being serialized to 17 chapters, new chapters will be published in Webnovel with all rights reserved.

Demitria Frostine grew up in the town. She had no one until she was found by River,The only family she considered. They both fought the life in the town, sell vegetables and fruits on the streets. Delivering them and even taking up jobs they can to earn money. But a day came, where intruders attacked the Kingdom of Ingram and Demitria was there, She protected the people and defended them against the Black shadow warriors, opponents from the Kingdom of Shadows. With great tactics and abilities, What will happen to her after the attack? What will come more?