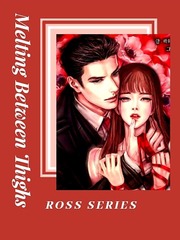 The Big Bad Wolf Guilty Of Melting Between Thighs

[Ross children from "Femme Fatale: The Queen Of Chess"] Ava Ross, the successful businesswoman and the dangerously imposing personality in the boardroom, has to get married soon if she wants to inherit the shares or else the whole property would ultimately go to her younger brother. To fulfill the requirements she proposes a farce marriage to a random guy who pops up in her life and is persistent to dot onto her even if she rejects him. When everything was going on perfectly well to deal with the problem Ava Ross gets kidnapped by a man named Ko Nan-do. Volume 2 || Damien Ross Story The younger child of Ronan Ross does not want to bind himself in the marriage and had never been in a relationship before, which had made him quite an interesting topic among the journalists to discuss.  Damien Ross runs away from the restaurant where he was supposed to have an arranged date with some billionaire's daughter. Successfully he hides himself in a lowly apartment where his father could not track him, he plans on to take a break from Ross Empire until the matter dies. Perhaps fate had written another blow for him that a femine looking lean teenager boy, who happens to be Damien's neighbour becomes his caretaker and the love flourishes.  Meanwhile on the other hand, Ronan Ross becomes satisfied with his executed plan. His son hates women and marriage but what would he do if the man with whom Damien falls in love with, turns out to be a woman!?