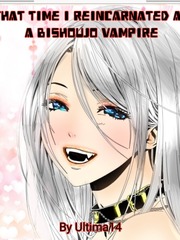 That time I reincarnated as a Bishoujo Vampire

Similar Tensura But only a beginning. Tells a 38 year old middle-aged man whoowns a company that just went bankrupt. When his company went bankrupt his life began to fall apart, His savings ran out because he spent drinking alcohol and his wife and children left him. When his body was about to be destroyed by alcohol just as death was about to pick him up he heard strange noises in his head. Long story short, The man found him reincarnated in another world but not men But to be a beautiful bishojo girl. How is the adventure story of this man? Eh .. This bishoujo vampire ?? Note: Similar Tensura Join Discord https://discord.gg/aBRHwUz