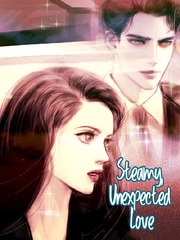 Lin Min Yi is a dancer that drops her career due to her father's selfishness, she's ordered to enter the entertainment industry as an actress so her father can use her for his advantage. She becomes a rebel and the queen of partying to upset her father thinking that is the only way to get back at him; by ruining the family's reputation. She's trying to find a way out but due to her father's connections, her only option is to follow his orders. On the other hand, there's Luther Mao, a successful CEO of one of the most powerful companies in the country, who also has his hands in the entertainment industry. He's trying to fight an arranged marriage set by her grandfather. He might lose his inheritance if he doesn't get married before turning thirty. Both are struggling while trying to make their own decisions on matters that would affect their lives forever. In the meantime, there's the side story of Qing Hua Lin, a fashion design student that is struggling to pay her student fees in order to graduate from a prestigious college and follow her dreams. --- R-18 since there will be explicit and sensitive topics in the story. --- The artwork is not mine, I can take it down if requested. Credits to the artist.