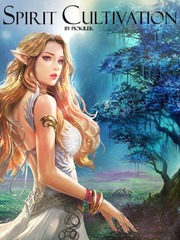 Liu Xuefeng was a normal boy who had it all planned: get to the same university as his best friend Tianshi and win her love, spending the rest of his life with her. Too bad, even though she liked him too, her rich parents opposed their relationship. The school trip to the mountains was supposed to deepen their relationship, but... An accident broke them apart. He saved her from falling down the cliff but ended up falling to his death himself and ended up reincarnating into a Cultivation World, full of dangers and mysteries. He didn't know though that Tianshi died as well and followed after him, entering the same world. Will the two meet again and share their love without any restrictions? Or will he succumb to the world's temptations, thinking he will never meet her again? .......................... This is my first book ever written so please excuse the poor writing. I'm slowly editing it but it takes time. Once you reach later chapters, the quality gets much better. Book 2 of SC called Against Heaven's Will is the continuation of this book so make sure to check it out after you finish this one. Support Author -> Patreon.com/Piokilek Author's Insta -> instagram.com/piokilek Discord channel -> discord.gg/mFmYwyT