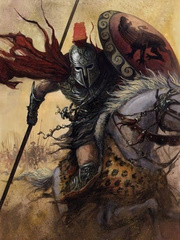 What is Scarlet Conqueror

Scarlet Conqueror is a popular web novel written by the author Rex_Prometeus, covering ACTION, REINCARNATION, ROMANCE, HARÉM, ANIME, GUERRA, MITOLOGÍA, DRAMA, SISTEMA, COMEDIA, War&Military genres. It's viewed by 44.1K readers with an average rating of 4.49/5 and 11 reviews. The novel is being serialized to 21 chapters, new chapters will be published in Webnovel with all rights reserved.

Reincarnation in the son of Leonidas, and The conquest of different worlds, looting population, resources and bloody and epic wars, ... The future invasion will come to anime worlds, movies and novels ... . The Beautiful Elven Capital ... A beautiful elf dressed in silver armor informed the Elf Queen ... Foreigners with golden helmets crested by red feathers are heading towards the capital, there are too many and they are accompanied by golden giants with large swords . A great underground city protected by sculptures of giant dwarfs ... A crowned dwarf dressed in golden armor also carrying a great golden ax ... ordered the dwarves to arm the war machines. Millions of armed dwarves gazed into the distance ... Block the door! A gigantic steel door closed slowly ... . Who dares to invade our borders! A Chinese emperor rose, called his generals The emperor mounted a great golden Chinese dragon followed by his millions of soldiers ... The ancient sects in the mountains also sent their most talented disciples along with some internal elders. . How dare you! A tall man with short blond hair, who also has extremely long lobes, has drums joined by a hoop on his back. I am the omnipotent god, suffer mortals! He raised his hand and a thousand rays fell from the sky . A beautiful mature woman dressed in armor and followed by a large number of knights, looked out at the vast strange army heading towards the royal capital. I am Queen Mirellia and I order foreigners to withdraw before starting a War! . A spartan man dressed entirely in metallic scarlet red with a golden cape, standing on a golden chariot carried by two giant golden lions, raised his spear forward. Whoever gets in my way WILL DIE, it doesn't matter if you are a kind god or the cruelest demon, I WILL HAVE YOUR HEAD IN MY LANCE! The bobbing lions roared and began to move, followed by millions of soldiers with golden spears and shields, thousands of golden giants, minotaurs, centaurs ... etc. ----------------------------------------------------------------- I hope you like, any recommendation of a new world let me know, Thank you.