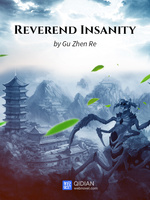 What is Reverend Insanity

With his Three Fundamental Views* unrighteous, the demon is reborn. An old dream in the ancient days, a new author with an identical name. An old story about a time traveler who was constantly being reborn. An eccentric world that grows, cultivates, and uses Gu. The Spring Autumn Cicada, Moonlight Gu, Liquor worm, Comprehensive Golden Light Worm, Fine Black Hair Gu, Hope Gu. . . . . . And a peerless great demon that freely acts to his heart’s content. Translator's Synopsis: A story of a villain, Fang Yuan who was reborn 500 years into the past with the Spring Autumn Cicada he painstakingly refined. With his profound wisdom, battle and life experiences, he seeks to overcome his foes with skill and wit! Ruthless and amoral, he has no need to hold back as he pursues his ultimate goals. In a world of cruelty where one cultivates using Gu - magical creatures of the world - Fang Yuan must rise up above all with his own power. -------------------------------- Gu is a legendary venomous insect, often used in black magic practices. It can take on the form of several insects, usually snakes, crickets, worms etc. * = one's world view, values of worth and philosophy on life