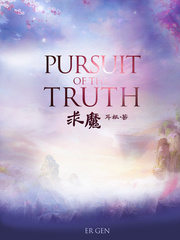 Pursuit of the Truth

Su Ming grew up dreaming about becoming a Berserker even though he knew that the chances of him becoming one were close to nil. One day, he found a strange piece of debris, and it allowed him to walk the path of becoming a Berserker. But would it be enough for Su Ming to become just another Berserker to protect those he cares about? Would he be satisfied with leaving everything in fate's hands? *This novel was originally named Beseech the Devil, but due to the author's wishes, it was changed to Pursuit of the Truth.