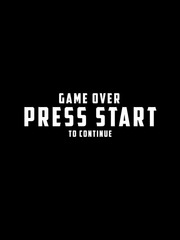 Have you ever wondered what happens after we die? Is there really an afterlife? Do souls actually go to Heaven or Hell? But what if Good and Evil doesn't exist in the Afterlife? What if it gives us the chance to restart everything? Just like a game. Nero, an avid gamer, woke up in an unfamiliar world without any memories. He found out that he died and was transferred in the Afterlife. Despite his amnesia, the idea of this life after death seemed bizarre to him. It was not like everyone had imagined. A game which requires survival. The reward? A chance to live again. Will he and his future comrades survive? Or will they cease to exist?