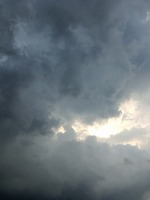 What is Overpowered Soul Transmigrate In Apocalypse

Overpowered Soul Transmigrate In Apocalypse is a popular web novel written by the author Lazy_leon, covering OVERPOWERED, FANTASY, MODERN, ACTION, ADVENTURE, APOCALYPSE, COMEDY, SCI-FI, SLICE OF LIFE, GOTHIC, Fantasy genres. It's viewed by 1.5M readers with an average rating of 4.4/5 and 76 reviews. The novel is being serialized to 199 chapters, new chapters will be published in Webnovel with all rights reserved.

Our hero dies after defeating his main enemy and his soul returns to Earth. He has no goals so he becomes an otaku... Meteoroids crash onto the Earth land, and corpses start rising from their graves. Zombie roams the lands and mutate but for Feng Mei killing them is the same as crushing ants. Hell overlaps, gods counter-attack. Amid the war between Gods and Demons, watch how Feng Mei plays them all. A will ancient, promise forgotten, prophecy of Evil, heavens dead is possible! All lives as a pawn, a game of chess, a game played by placing one own's life at stake. ~~~~~~~~~~~~~~~~~~~~~ If you like it, Then motivate me by voting with power stone Thanks!

Return of the Legendary Hunter