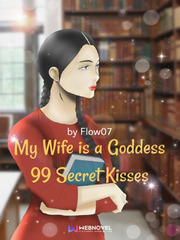 My Wife is a Goddess: 99 Secret Kisses

What is My Wife is a Goddess: 99 Secret Kisses

My Wife is a Goddess: 99 Secret Kisses is a popular web novel written by the author Flow07, covering MATURE, COMEDY, REVENGE, FACE SLAP, PSYCHOLOGICAL, VIOLENCE, SWEET-LOVE, INVESTIGATION, MYSTERY-THRILLER, SUPERNATRAL, Fantasy Romance genres. It's viewed by 2.1M readers with an average rating of 4.75/5 and 232 reviews. The novel is being serialized to 221 chapters, new chapters will be published in Webnovel with all rights reserved.

He praised her, “Wifey, you are a genius!” She coughed to hide her embarrassment. “Of course, I am. But hey, don’t call me ‘wifey’. It sounds so weird.” He smiled calmly and pulled her closer. “If I don’t call my beloved my wife ‘wifey’ then whom should I call ‘wifey’? I don’t want my wifey to get jealous…” “I won’t be jealous. Cross my heart and hope to die.” She struggled to move away from him. His close proximity was making her heart race. She couldn't understand how he could speak like that with his calm and collected appearance. “Wifey, don’t say so ominous. Let me give you something that will make you feel better.” He hugged her warmly and planted a soft kiss on her nape. She almost jumped feeling that sensation. “Eek! Don’t do something so shameless!” Her face instantly turned red. “Wifey, I love you…” Ignoring her pretest, he kissed her again. “Mm! I said don’t do this!” If this continues, she will lose her reasonings and melt like water. When the first time they had met in the bar she avoided him like a plague, even though she was drunk. The second time they had met was at a birthday party. She protected him and stood between a gun and him, thinking that he was just an innocent bodyguard. The third time they had met was in a garage. She trembled in fear as she faced a terrorist; however, she did not back down. He found her intriguing, but she found freedom intriguing. Even still, her hope for freedom was torn when she had to return to China, only to be met with a family threat to get married. He saw this as his chance and seized her – his soon-to-be sister-in-law – from this marriage. He made her his bride. When they agreed to get married, she thought that he was just a simple bodyguard, and he thought that she was just a simple psychiatrist. But things changed soon after that. He noticed how she was different from others. He noticed how she avoided him like a plague. That's why he secretly created a honey trap for her. Serious and stoic Xue Lin has fallen right into her husband's sweet trap. Will she be able to understand his feelings and accept him? **WARNING: DO NOT PLAGIARIZE OR PUBLISH THIS WORK IN OTHER SITE. IF YOU LIKE THE WORK, TELL OTHERS TO READ IN WEBNOVEL.COM -------------- 10 chapters every week. To get bonus chapters Top 5 = 2 bonus chapters Top 4 = 3 bonus chapters Top 3 = 5 bonus chapters Top 2 = 7 bonus chapters Top 1 = 10 bonus chapters ........every week! -------------- Cover credit: Dearest Reader *Waphels* -------------- Book series: 1. Handsome CEO's Darling Wife 2. My Wife is a Goddess: 99 Secret Kisses 3. Lost Happiness 4. The Cobra Another book: My Beloved ------------- All the announcements, spoilers and updates will be given in Discord channel. So keep in touch. Discord server- http://discord.gg/MaJMCyb Instagram: flow07_0.0 Facebook page: Flow07

Royal love - I fell in love with CEO