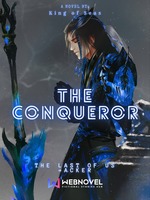 What is Lynx Alpha Nigellus. The Conqueror of Oblivions

Lynx Alpha Nigellus. The Conqueror of Oblivions is a popular web novel written by the author Nocturnal_Author, covering ACTION, ADVENTURE, SWORDS-AND-MAGIC, CULTIVATION, OP-MAIN CHARACTER, POWER, MAGICAL, ELEMENTS, REINCARNATION, MAGIC-WIELDERS, Fantasy genres. It's viewed by 55.4K readers with an average rating of 4.81/5 and 33 reviews. The novel is being serialized to 53 chapters, new chapters will be published in Webnovel with all rights reserved.

The Acker Family. Distinguished wealthy Family who lived in harmony and gave peace throughout the Seas, they were the ones who led the people of their Father. The true Nue. Son of Mizeus. Until, that faithful day. Assassination. Matthew Johnson Acker at the age of 11 had lost his own true memories but after living with Amshla he discovers the truth and Break's the spell he was in. He was known as the most intelligent and strongest person ever known in the Seas. He was the heir of the throne and a close relative of Mizeus. His life now was incomparable from his last life as he grows stronger than a God along with his so-called other self. Find out the journey behind Matthew Johnson Acker and follow him head on.

The Legend of Hades