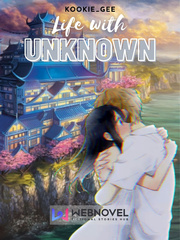 What is LIFE WITH UNKNOWN

LIFE WITH UNKNOWN is a popular web novel written by the author Kookie_Gee, covering LGBGTGLBLROMANCE, LGBTQ, SECRETS, MYSTERIES, NEWLIFE, Fantasy Romance genres. It's viewed by 322.8K readers with an average rating of 4.74/5 and 22 reviews. The novel is being serialized to 143 chapters, new chapters will be published in Webnovel with all rights reserved.

"I had been waiting for this adventure for so long! I didn't think it would be…. THIS!" Lia starts to panic; pacing up and down the enormous hall. | Lia Amble the introverted new exchange student gets introduced to a group of people with who she feels an unusual attachment. The group sticks together just to find out their bond is a lot older than they remember. | “This feels so familiar! It is going to drive me nuts!” | They are called to action while the dominating demons threaten to wipe out all of the species living on the floating island sheltering and protecting magic. Throughout the adventure, the group also goes into a spectrum of confusing love and misunderstandings. The years-old love breaks into pieces and new and forbidden romances roar. Was it all just tricks by the demons to slow the group down? | "We can't do this! You're dating my sister!" | Read on to know how the group survives and if the love and friendship triumphs over Demons!

When our story first began...

IN THE EYES OF THE KILLER

We are Each Other's Demon