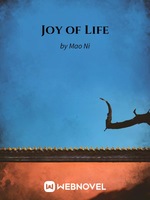 What is Joy of Life

Joy of Life is a popular web novel written by the author Mao Ni, covering REINCARNATION, HAREM, WEAK TO STRONG, CULTIVATION, TRANSMIGRATION, MALE PROTAGONIST, POLYGAMY, HISTORY, HANDSOME MALE LEAD, CUNNING PROTAGONIST, POLITICS, ROYALTY, ASSASSINS, ARRANGED MARRIAGE, POISONS, ASSASSINATIONS, ARISTOCRACY, SERVANTS, NOBLES, History genres. It's viewed by 5.2M readers with an average rating of 4.53/5 and 195 reviews. The novel is over and can be read all 746 chapters in Webnovel with all rights reserved.

A family inclined to kindness and charity would grace the descendants. Thanks to one small act of kindness, by providence she comes across a grateful friend; Fortunate that her mother, has done an unperceived good deed…. Men should rescue the distressed and aid the poor… Who would have guessed that kindness in this world ultimately would be the road that one must choose, that proverbial fork in the road? Clouds of rain float on eastern winds as new vines start to blossom. Though drums of war roar too loudly and their brilliance has been lost, a green grass carpet greets the sun by the break of morning. Let us wait for the yellow leaves, a few gourds are harvested.

Once Upon A Time, There Was A Spirit Sword Mountain