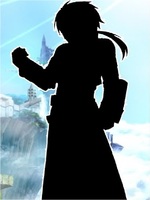 Isekai with an Ero-RPG System (Hiatus)

What is Isekai with an Ero-RPG System (Hiatus)

Isekai with an Ero-RPG System (Hiatus) is a popular web novel written by the author Tonyorobsky, covering CRAFTING, SYSTEM, ISEKAI, ADVENTURE, HAREM, Fantasy genres. It's viewed by 103.7K readers with an average rating of 0/5 and 3 reviews. The novel is being serialized to 9 chapters, new chapters will be published in Webnovel with all rights reserved.

A 25yo man was starting a new game+++ of his favorite 18+ visual novel-rpg game, this time with cheat programs. As he finished, a glowing white meteorite with purple sparks crashed in his room. He woke up in another world.

THE SUMMONED MONSTER THAT IS SUMMONING ANOTHER MONSTER