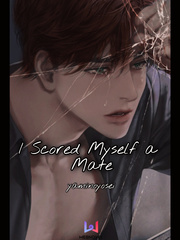 What is I Scored Myself a Mate

I Scored Myself a Mate is a popular web novel written by the author Yaminoyosei, covering BL, YAOI, VAMPIRE, REINCARNATION, WEREWOLF, FANTASY, ROMANCE, LGBTQ, MATE, ELF, LGBT+ genres. It's viewed by 456.7K readers with an average rating of 4.92/5 and 18 reviews. The novel is being serialized to 186 chapters, new chapters will be published in Webnovel with all rights reserved.

Alex always felt out of place. Isolated and mistreated by his family, his life was pure torture. He believed he had managed to get out, run away from the beatings and the hate. He wanted a peaceful life, a way to be happy. For a second when he met Luke, a mysterious young man, through a fatal mistake, happiness seemed to be in his grasp. Still everything began to crumble. The silver eyes that shone under the moon were the bringers of deceit and he felt lost once again, trapped until... ...until he met him. The cold and saddened elf king, living in an endless winter, hidden inside an icy palace. Hair white as snow and eyes a pretty lilac, Alex had never seen someone so divine. Just the sight of him triggered a past he didn't know he had. Opening up a way through the secrets and finding the truth from his hazy dreams Alex struggles between who he is and what he is turning to. An endless journey and his only guide a blurry figure on his mind. "I love you...forever" he whispered and Alex could only cry. Who was he and where could he find him? His only comfort. His only home. Welcome to the The Veil! Filled with unspoken horrors and divine pleasures. A place that only in your wildest dreams...or maybe nightmares, you would have imagined. What lies beneath the covered eyes of the humans? Are you curious to know? Read and find out. .... Also check out my other Fantasy Romance Bloody Lovers which is the crazy adventure of a girl in a magical kingdom as she tries to save her soulmate from being murdered!

Prince and His Fool (Boylove)