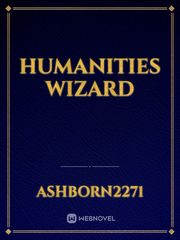 What is Humanities Wizard

Humanities Wizard is a popular web novel written by the author Ashborn2271, covering HIGHSCHOOL DXD, HARRY POTTER, Fantasy genres. It's viewed by 5K readers with an average rating of 0/5 and 1 reviews. The novel is being serialized to 1 chapters, new chapters will be published in Webnovel with all rights reserved.

It’s mostly going to be about a SI reincarnated into the world of Highschool DXD with a little bit crossover from Harry Potter. The SI will be from a family of wizards nothing special, who get killed by devils later onwards. This is going to be more pro humanity then anything else, it’s not going to be a straight bashing of devils, the Mc knows that there are some good some bad but still he hates how humans are kept as pets by all the supernatural. This is set at least 100 years before canon.