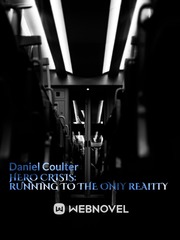 Hero Crisis: Running to the Only Reality

What is Hero Crisis: Running to the Only Reality

Hero Crisis: Running to the Only Reality is a popular web novel written by the author Magic_, covering MAGIC, MULTIVERSE, ROUGE, LINKED, DARK FORCES, Fantasy genres. It's viewed by 1.7K readers with an average rating of 0/5 and 0 reviews. The novel is being serialized to 5 chapters, new chapters will be published in Webnovel with all rights reserved.

hey readers! this is another book I have marked down to get it on paper. I have 2 other books Poor Man Reborn, Should Have Let Me Die that are contracted and once one is finished I will he working on my other books in this order. but if a certain book gets more collections I will start that book sooner 1.Hack&Slash 2.Death March In To The Otherside 3.Hero Crisis: Running To The Only Reality 4.The Fall And Rise Of The Seven Witches Of Miasgard 5.Heartbeats Of Magic A story draped in the scars of a devastated kingdom. This is the story of one man that woke up in a place that he did not fall asleep in. Tom went to sleep in his room and woke up to a person rushing toward him. His next eight seconds could decide the rest of his life. A friend could betray him or an enemy he doesn't know could become his most valuable ally. Nothing is certain, except the shadows hanging over the kingdom, waiting to devour the light.