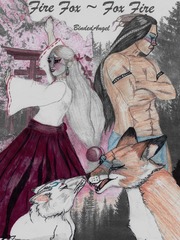 On a storm ravaged night half a world apart two creatures of legend are born carrying with them an unforeseen destiny that will link them together. A Cherokee raised shape shifter, that the local, English speaking, missionaries have dubbed Kit Blaze Fox, sets out on his quest to be recognized through the ritual trials to become a Warrior Chief. He decides to join the US Army in a time of war against his clans wishes. He gets deployed to a small strategic island in the South Pacific where he takes pity on a small fox in a trap, not knowing at first that he has saved his own soul mate born on the same day as he.