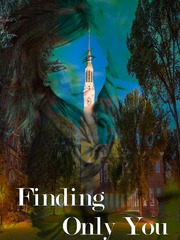 What is Finding Only You

Finding Only You is a popular web novel written by the author HeyItAshley, covering LESBIAN ROMANCE, LESBIANS, LESBIAN, GIRL-LOVE, LGBT, GAY, ROMANCE, LGBT+ genres. It's viewed by 3.9K readers with an average rating of 0/5 and 0 reviews. The novel is being serialized to 4 chapters, new chapters will be published in Webnovel with all rights reserved.

Love. Love is often found in unexpecting places...or so they say. But what of love and friendship? What of when friendship is all you've ever known? Could you tell the difference then? Well for Scarlet Jones, a new bound college student, that concept may have been a little tough to tackle. As she crosses paths with a stranger who turns friend, her college experience takes turn. Becoming less about a few late nights out, challenging professors or one too many beers...Scarlet's new found friend has her diving into dangerous waters. Unknowingly falling for a women who has secrets and habits of pushing other away. Scarlet's intentions aren't what she assumes. Will their friendship survive when Scarlet discovers a side to herself she has never known? And just how hard is it to fall for someone who keeps so much from you? Well with Scarlet's determination to her new sexuality and this women, more than their friendship will be tested. "I just wish she would let me inside. Isn't that what friends are supposed to do?" -Scarlet.