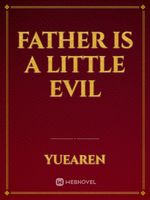 Father is A Little Evil

What is Father is A Little Evil

Father is A Little Evil is a popular web novel written by the author YueAren, covering TRANSMIGRATION, MODERN, REBIRTH, HANDSOME MALE LEAD, TWINS, PARALLEL WORLDS, CUTE KIDS, Magical Realism genres. It's viewed by 7.8K readers with an average rating of 0/5 and 1 reviews. The novel is being serialized to 6 chapters, new chapters will be published in Webnovel with all rights reserved.

Crossing over the parallel worlds seemed like a plot from a sci-fi film. But for Elijah, its reality. He woke up living a completely normal life rather than his underground persona. Married, had two cute kids. Something he dearly wishes he had back then. Unfortunately, his parallel wife was having an affair and on the verge of divorce. He couldn't care less about that woman, he will get revenge on her sooner or later, for now, he has two kids to spoil.