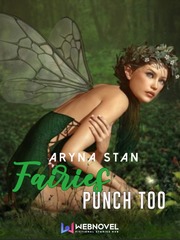 WINNER OF WFP #5 FEMALE LEAD (WEAK TO STRONG GOLD TIER ) Eden Mariach is a Fairy and like all Fairies, is expected to sit still and look pretty. In Aria there are two kinds of creatures that live together in this magical realm, the Fairies and the Elves but the Fairies are practically slaves to the Elves. Eden wants to change this but can she? When her very own weak and fragile nature is against her. Lily Larue hates his purple hair and he hates his name, he's not too excited about being a Fairy either plus the fact that he's supposed to be the strongest light Fairy but he can't even light a candle. Poppy Payne is the perfect Fairy Hero but all isn't as it seems. Aster Maloy simply doesn't care, he's emotionless and lost with no sense of right or wrong. Daisy Dane hides his true self because he's scared of being rejected. And Orchid Oak just wants to be different, she wants to count. Six Heroes with different stories and pasts come together to save a city that doesn't want to be saved. Will they be able to put their issues aside to save their Kind? DISCLAIMER: The picture in the book cover does not belong to me. All credit goes to the owner.