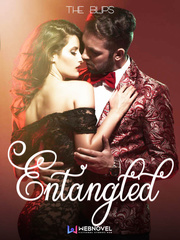 What is Entangled: Crisscross

Entangled: Crisscross is a popular web novel written by the author TheBlips, covering ROMANCE, REVENGE, STRONGFEMALELEAD, POWERCOUPLE, STRONGCOUPLE, STRONGLOVEINTERESTS, SMARTPROTAGONIST, CONTRACTMARRIAGE, Contemporary Romance genres. It's viewed by 154.1K readers with an average rating of 4.89/5 and 15 reviews. The novel is being serialized to 33 chapters, new chapters will be published in Webnovel with all rights reserved.

When a secret from the past rears its head, a young hacker must chose between marrying a CEO she never met before and loving her nerd bestfriend. While not knowing that they're the same person. ..... Disguised as her nerd bestfriend, Cross had been protecting her from the shadows. But the past is slowly catching up to her and he feared she might not be able to handle it alone. So he did the only thing he could, he offered to marry her. Except, she doesn’t know who he really is. As passion ignites and danger escalates, the two were forced by fate to stay with each other or perish together. ..... Did you hear what I said?” he asked, his copper eyes bore into her light brown ones. “Get out. While you still can.” His chest raised as he held his breath, controlling the desire that stabbed through him. Restraint, he chanted inwardly. He promised not to touch her unless she would ask for it. And he would die before breaking that promise. She frowned at his sudden rejection. She could still feel his erection pressing against her stomach, his strong arms were still wrapped around her. Was he chasing her out? Or… Sera bit her lower lip. “And if I stay?” it wasn’t a question that needed an answer. The words that he wanted to say ended with a growl. He slammed his lips into her already swollen ones. He had waited far too long, suppressing his needs for years just for her. He couldn’t take it any longer. ######### Chapters not yet edited. Cover is mine. This is a short novel. Less than 300 chapters. Book 1 Sin of Wrath: The Sovereign (Hiatus) Book 2 Sin of Sloth: Lazily Yours (Ongoing) Book 3 Sin of Lust: Entangled: CrissCross R18. Reader discretion is advised! Part of Seven Sins Series: Book of Lust

36 Ways To Chase After My Wife's Love

Her Husband is My Lover

My New Lover Is A President