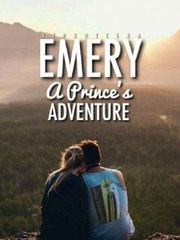 Destined together before they were even born. Is it possible? Emery France Van Allan, a well-known prince has to marry due to his father's sake. He has been enjoying his life like a commoner, partying and living the life instead of being at the castle, fulfilling his prince's duties. One look at him, no one would have guessed that he's royalty but it's in his blood and his fate. What happens when he's been called by the Queen for his responsibility with Emma, a girl he hardly knows?