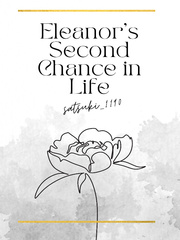 Eleanor Vivianne Arundel is the only daughter of Duke Edmund Boris Arundel and Duchess Beatrice Helena Arundel. She fell in love with the sole successor of the Byron Duchy. She became his wife but sadly the Mikhail Stephen Byron hated her. Mikhail hated Eleanor because she's the reason his lover died ribbing his son a mother. The story continues and because of the rough marriage of the two influential they divorced 3 years later leaving Eleanor and her son. Eleanor became crazy and slowly forgotten that she has a son. Soon Mikhail mary her lovers sister and form a family with her former lovers son. Because of neglect Eleanor's son died. The world continues. The emperor died because of the demons and Mikhail rise to the throne. After a year Mikhail also died and the kingdom Carson vanished leaving the small country of demons. As the demons oversee the former Carson, Eleanor regain her senses. She misses her son. It is her fault that he died. Eleanor meet a man whom also full of regrets. The man has a special skill. He said he learned how to turn back time. After a few more months the last humans that are left in the country of Carson is dying because of the lack of food and water. The man has no choice. "Elli, I trust you. I hope you can change the past" Thus Eleanor has gone back to the time where she gave birth to her son. She will change everything. She will give her child all the care and love he needs. She will also learn how to use her power. She will do things that she should have do before she died. She will all save them.