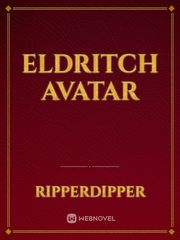 What is Eldritch Avatar

Eldritch Avatar is a popular fanfic written by the author RipperDipper, covering SELFISH MAIN CHARACTER, HIGHSCHOOL DXD, IMMORTAL, ELDRITCH ABOMINATION, Anime & Comics genres. It's viewed by 10K readers with an average rating of 0/5 and 1 reviews. The novel is being serialized to 4 chapters, new chapters will be published in Webnovel with all rights reserved.

"Money runs the world, money enslaves everyone, money is this world's greatest power and worst weakenss" Okane Takusano, a man who was raised poorly contrary to his name, abided and considered those words his life motto. He was a person who would eat waste for a million dollars, he was a person who would push his greatest benefactor if another that can net him much more money comes. Worst of all, he wasn't afraid of admitting it. In his 64 years of life, he has always toiled hard for money, if something doesn't benefit him he won't do it. He allowed his sister to be sold to shady people for money, he allowed his parents to bury themselves in debts while he reaped profits alone. He never allowed any woman near him, nor did he plan on marrying others in fear of them taking his money. He felt invincible, as if he was never going lower than where he started. Until now. Okane found himself sinking under the sea. For all that he has amassed, why did he have to die from something completely unnatural? For once, Okane contemplated. Perhaps he was going to rethink his life? Maybe he will value relationships more? No. 'I hate this world' His silent realization was heard. It has found him perfect, a person perfect for his plans. From the brink of death, the one and singular only Yog-Sothot has taken him and brought him to his own domain.