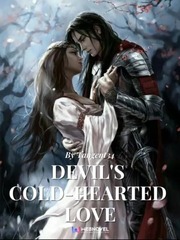 What is Devil's Cold-Hearted Love

Devil's Cold-Hearted Love is a popular web novel written by the author Tangent34, covering ROMANCE, SYSTEM, ACTION, REINCARNATION, CULTIVATION, LOVE, FIGHT, ADVENTRURE, Contemporary Romance genres. It's viewed by 111K readers with an average rating of 4.75/5 and 12 reviews. The novel is being serialized to 85 chapters, new chapters will be published in Webnovel with all rights reserved.

//Participating in WPC Contest - 147 A divine cultivator, who was cursed at the time of his birth to spend his second life as an Asur until he turns thirty. Unable to finish his cultivation to achieve immortality, he had died and took birth into an Asur clan in his second life. As an Asur, until and unless, his soul and body unites with a stronger witch, only then his curse will be triggered. However, the witch whom he abducts to torture and make her suffer, has actually been sent by the divines to help him out in cultivation as she is one of the stronger cultivator among the divines- the only female to have high cultivating strength. But ever since, she was under Bennett clan’s, her powers were blocked. She slowly starts to fall in love with the cold-hearted devil. He himself did not realize that a love seedling had sprouted in his heart until one day while he was forcing himself on her and torturing, she cried out. “I already gave you my heart and soul, do you still have to torture me?”

The Legend of Dark Fate

My Love Is A Serial Killer?!