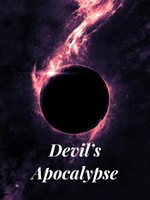 What is Devil's Apocalypse

Devil's Apocalypse is a popular web novel written by the author GoldenPhoenix1J, covering MALE TO FEMALE, GENDER-BENDER, REINCARNATION, DEMON, NON-HUMAN-PROTAGONIST, FANTASY, ACTION, APOCALYPSE, WEAK-TO-STRONG, MULTIPLE POV, Fantasy genres. It's viewed by 212.2K readers with an average rating of 4.69/5 and 13 reviews. The novel is being serialized to 38 chapters, new chapters will be published in Webnovel with all rights reserved.

On Earth, humanity has always been dominant, creating new technology to conquer all other forms of life. But if dozens of gates opened in major locations all throughout the world and creatures straight out of a fantasy started pouring out of them, would humans still be able to control the globe? Or would they struggle just to survive. This is a very curious thought but whether humans live or die is of secondary importance, at least in the opinion of someone who was forced to stop being a human as soon as this all started. ----------------------------- After dying, a young man found himself to have woken back up on earth, however it wasn't quite the same. Terrible monsters, magic, gods, a corrupt energy uncontrollably spreading everywhere and a system that oversees everything. But the biggest change, was his very existence was flipped. He was no longer a human, and he was no longer a 'he'.

The Hero Who Lost His Sword