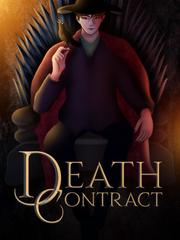 What is Death Contract

Death Contract is a popular web novel written by the author Im_Vena, covering Fantasy Romance genres. It's viewed by 15.6K readers with an average rating of 0/5 and 3 reviews. The novel is being serialized to 36 chapters, new chapters will be published in Webnovel with all rights reserved.

After the death of Mary's dad, her life becomes a mess. Mary couldn't accept that she doesn't see the death reaper will come to fetch her father nor realize it sooner. That is when Mary thought being able to see Grim Reaper and how the people around her die was useless. To ended it all, she decided to commit suicide only to find out that she will be wake up in others' bodies. But when the Grim Reaper named Saint came to her. Not to fetch her soul but to offer her a contract to be a living Grim Reaper, everything change. However, what would she do if along the way she fell in love with the grim reaper? Would she choose to stay alive or to die peacefully? *Bookcover background is not mine, credit to the rightful owner*

My Immortal Crush: Curse of the White Wolf

Naked Soul (All I Want Is him)

Sands In The Darkest Night