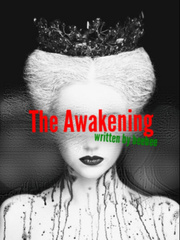 What is DARK LINE BETWEEN

DARK LINE BETWEEN is a popular web novel written by the author bee_333, covering ROMANCE, FANTASY, LOVE, MYSTERY, VAMPIRE, WAR, DARKNESS, NIGHT CREATURES, Fantasy Romance genres. It's viewed by 6.7K readers with an average rating of 4.55/5 and 22 reviews. The novel is being serialized to 25 chapters, new chapters will be published in Webnovel with all rights reserved.

She was raised by the Wilson's not as their daughter but as a maid to their only child Annie, when love appears unexpectedly, Mirabella realizes that the world isn't as plain as she thought, she found herself at the center of a pending war between creatures of the night. But she's in for an even bigger shock, when she learns that she might not even be human.