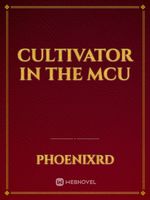 Cultivator in the MCU

What is Cultivator in the MCU

Cultivator in the MCU is a popular web novel written by the author Phoenixrd, covering MARVEL, REINCARNATION, CULTIVATION, ADVENTURE, Martial Arts genres. It's viewed by 855.1K readers with an average rating of 3.84/5 and 20 reviews. The novel is being serialized to 36 chapters, new chapters will be published in Webnovel with all rights reserved.

A avid wuxia novel and mcu fan reincarnates into the mcu with a cultivation manual, how will the course of the movies change with his interference. (This is my first attempt at writing anything I hope to get better as this goes along)