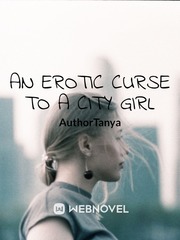 The story takes place in a fictional city called latana. Within this city lives a 19 year old named Talia, Talia is a waitress/student and has a very normal life. Due to past events, Talia has a rather unhealthy mindset where she believes she is a godsend compared to other people. This mindset will be the downfall of her character... When heading to work,Tanya notices a homeless man sleeping outside of her apartment. Instead of doing any normal human thing, she splashes boiling water over the man to wake him up. With anger, the homeless man swears to bind talia with a curse, Talia at first laughs and leaves the homeless man but that is the biggest mistake she has committed in her life... WARNING, this novel is not recommended for sensitive readers as this novel can become extremely dark in many ways and so read at your own will. New chapters every week so stay tuned.

The Woman and Debt