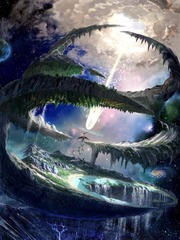 Almighty Live Streamer in Another World

98 ! It's neither his score in maths nor in science. It is the number live streamers forced to quit live streaming because of his spam of curses in their live chat. Now, karma hit him back. Li Wei has to stream if he wants to live; that too in a world where strength reign supreme. A world where gods, demons, ancient sects, hidden clans, kingdoms, empires exist. How and what is he going to live stream in this world where internet doesn't exist? ..... Note: The cover isn't mine.