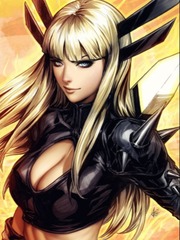 In Marvel with the powers of Accelerator

I don't remember almost anything, but I remembered something when I saw the bald man in a wheelchair, especially when he said his name was Charles Xavier. Somehow I got to Marvel, and now I'm a mutant, but it wasn't all bad, as I discovered that it had quite an OP power. __________________ Hello everyone, I came back after a long time. Although I didn't write anything, I always looked at what was in WN, and read about several interesting ideas, so I decided to write this. Also because I am catching up with the Marvel Comics, but the order really bothers me, they cannot have the whole story in a Comic volume, if there is someone who understands all the complicated web that is the Marvel Comic, F with you , But what I was going. I like Magik, and I never saw a story with her, she's my favorite mutant, so I'll give it a try. I know there are high quality waifus in that universe, but I will try to be strong and keep my eye on the original goal. no-harem. ________________ Warning: My English is less than average, everything is translated with the Google translator, and I only do a quick check before uploading each chapter, so sorry for the spelling mistakes, as well as my lack of ability as a writer. Disclaimer: I do not own the franchise nor the characters associated with it except for my own original characters. I do not own the cover page, it was an artwork I took from Pinterest. If you are the owner and want me to take it down, contact me.