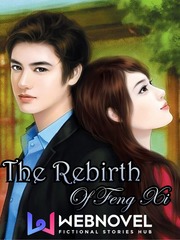 The Rebirth Of Feng Xi

In an alternate modern-day China, where Imperial Rule still rules with an iron fist. Feng Xi finds herself starring at a familiar ceiling. Reborn after a tragic death, she now has a second chance to get back at those who caused her death. Vowing to never love again, she works her way through her teen years while secretly building a business empire in the shadows. There was only one catch, she had caught the eye of the crown prince? He vowed to make her his woman? "Dear Crown Prince Jin, if you do not want to lay flat on the ground again I would suggest leaving me alone, I have a test to go too." "I am willing to lay in any position you want I do not mind a dominant woman in bed." "Then if you are so willing. Please lay in a wooden box six feet underground."