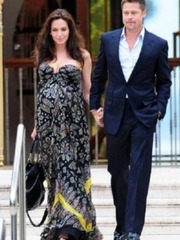 Its a love story of Nate Nara and Mia Mathis which starts with a mistake of a nurse and Mia getting pregnant. Will they have their happy ever after? This is the first part of the book of pregnancy series. Nate Nara is the CEO of Nara enterprise who had everything in his life good looks, fame, wealth, and a beautiful wife but the only thing he wants more than anything is to have a family. He wants to have his own family and his own children. But he lost the ability to become a father due to illness. So he tried to have the child by using the insemination method. Mia Mathis is planning to go to New York after one month for her studies and she has just started working under his company. She goes to visit the gynecologist for a check-up but gets inseminated by mistake because a nurse misplaced the files and send her to an endocrinologist by mistake. After finding out that Mia is pregnant he decided to give divorce to his wife but the situation turns out and Mia had to deliver the kids forcefully due to get shot by the gun by Anna, Nate's wife. Another day at hospital they get to know that Anna was the death and Nate takes all the blame to save Mia and goes to jail but the thing was Anna was alive when they go to a hospital to save Mia and their kids so who killed her was still suspense. Read the book to find out the murderer. NOTE: IS NOT A FANFICTION AND NOT RELATED IN ANYWAY TO THE SHOW JANE THE VIRGIN. THE FEW CHAPTERS MAYBE LOOK LIKE SAME BUT ITS A TOTALLY DIFFERENT STORY.