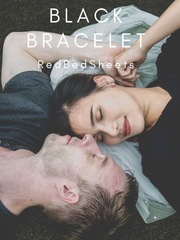 What is ~Black Bracelet~

~Black Bracelet~ is a popular web novel written by the author RedBedSheets, covering LONELY, ROMANCE, SERIALKILLER, KEVIN, GEORGE, ELLIOT, Teen genres. It's viewed by 22.7K readers with an average rating of 0/5 and 0 reviews. The novel is being serialized to 37 chapters, new chapters will be published in Webnovel with all rights reserved.

Elliot Hamper. An ordinary nobody with a not so ordinary past. Trying to live out her life as quietly as possible and eventually escape from her abusive families clutches. But three people seem to keep getting in the way of her roughly planned future. Number 1: Kevin Wright, a handsome rich boy who won the titles golden boy, teachers pet and the school heart throb. A psychopath Eliot must do everything to avoid. Number 2: George Dame, the schools notorious bad boy. Known by most for his talent to bring misery to anyone who got on his nerves. Someone who carries misery onto anyone who gets close to him. Number 3: Mr Nathaniel, the ordinary business teacher, with hands stained in blood. They were the people she tried to avoid more than anyone but somehow they got tangled up in her daily schedule.