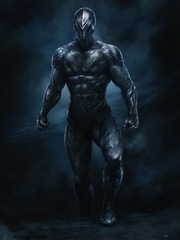 Our MC spencer had an unexpected death by the hands of two men and was transported to a world filled with powerhouses capable of destroying worlds. wielding powers bestowed by a god, follow Spencer in his journey to the zenith. this is my first novel, I would like to give it a try and see how it goes, please give constructive criticism. {{Im saying this right now, make sure your reviews make sense. If I get another bad review because people are skimming and missing the explanations or just for the fun of it, instantly reported, no questions asked. Think about it before you give a random bad review. For a while now I have been getting butthurt people talking about the one rape scene that appeared in the novel that went on for roughly four lines and wasn't even in detail. If another person starts to complain about that ****, I'm straight up deleting your comment or review immediately, I'm tired of it and I can't tolerate responding to toddlers on a constant basis, who just can't seem to handle something like that, but is fine when the main character commits mass murder right?. And to those that are telling other people to not read the novel for themselves because of a stupid reason or some randomness, or any reason in general, and without even taking into account that they are one person and people might like what they don't is disgusting and incompetent.}}