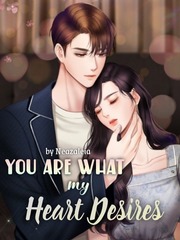 You Are What My Heart Desires

What is You Are What My Heart Desires

You Are What My Heart Desires is a popular web novel written by the author Neazaleia, covering DRAMA, UNREQUITED LOVE, CHILDHOOD FRIENDS, ROMANCE, MODERN, Contemporary Romance genres. It's viewed by 16.9K readers with an average rating of 0/5 and 2 reviews. The novel is being serialized to 0 chapters, new chapters will be published in Webnovel with all rights reserved.

“You killed me. And it was not only my heart you broke into pieces, you tore me apart.” What can you do for the sake of love? For Gianna, she would fight for her love no matter who gets hurt in the process. After all, she first met Sage, her childhood friend. It was her who first loved him. She was deeply hurt when she learned that he already had a girlfriend. She went to back to Philippines to win him back. She would do everything to make his heart waver. She wanted him and only him. And if it’s not him, then no one could ever replace him in her heart. But what if there’s someone who wanted to stop her plans? Hunter Jade Ruiz—the cousin of his childhood friend. If she was determined to take back Sage, and so Hunter too. He was also determined to stop her. “If you don't want to get devoured by this monster then you better not do anything that will piss me off," he warned her. He was scary as hell. But would that make her stop? Or should she finally learn to let go and sacrifice her happiness for the sake of the person she loves?

In Love With You The Second Time

The Girl With The Broken Family