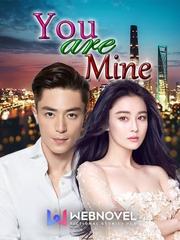 You Are Mine (English)

She is an unknown actress Edie Lara, who had a one night stand with the Noble Prince and the CEO Of L.N Group, Stuart Yates. He is every woman’s dream but not for someone like Edie. Stuart was said to be gay, but people behind him don't know the tragic past that pushed him to change into a different man. Stuart offered Edie a contract marriage after the passionate night they shared. He told her it would only last for six months until his family and shareholders could prove that he is not gay. Suddenly, Edie discovered the truth that Stuart is not gay but he had a rare type of phobia. She then fell in love with him. He did everything to let her stay beside him. One day someone pretends to be Stuart’s ex-fiancee after he met an accident, would he still remember his wife, Edie? Would their story ends tragically, or their love will remind him of the woman who is bound to be his fate from the very beginning? Would he still remember how deeply he loved her? Can Edie stand all the struggles along the way when she felt alone and unloved by her husband? Special Note: If you are looking for a sweet contemporary-romance genre, this novel doesn't have that kind of plot. Most plots of my novel talk about mystery, suspense, and a slice of life. Often FL starts a slow pace of development, from weak to strong. Wanna know more about the story follow me at Instagram: annashannellin