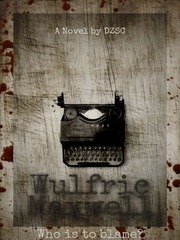 What is Wulfric Maxwell: Manor of Lies and Deceptions

Wulfric Maxwell: Manor of Lies and Deceptions is a popular web novel written by the author NotUse, covering ACTION, MYSTERY, THRILLER, DETECTIVE, MURDER-MYSTERY, CRIME FICTION, DETECTIVE-FICTION, PUZZLES, ANALYSTS, SUPENSE, Realistic Fiction genres. It's viewed by 28.8K readers with an average rating of 4.88/5 and 44 reviews. The novel is over and can be read all 30 chapters in Webnovel with all rights reserved.

Amidst the pale moonlight, a famous and wealthy man was struck blindly inside his manor. It is up to Europe’s most famous detective and his assistant to figure who is responsible for his death and what are his or her motives? Little do the analysts know, the culprit(s) dwelling within seventeen unfamiliar faces is a mastermind cloaked in a disguise of an innocent. Will the analysts be able to solve the mystery behind this or would it turn out into something quite unexpected? Secrets and hooligans are revealed in the first book of the Wulfric Maxwell Series: Manor of Lies and Deceptions. Who is to blame for the death of an incident? Seventeen suspects, one murderer or so they thought.