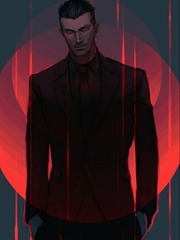 What is Witcher World: Cassius Aren

Witcher World: Cassius Aren is a popular fanfic written by the author SithLordKalakan, covering WITCHER, REINCARNATION, HIGHER VAMPIRE, SMART-MC, WISHES, POWERFUL-LEAD, DOMINANT MALE LEAD, Video Games genres. It's viewed by 29.6K readers with an average rating of 0/5 and 4 reviews. The novel is being serialized to 3 chapters, new chapters will be published in Webnovel with all rights reserved.

Author's Notes at the bottom please read! ----------------------------------------------- Cassius was a special breed of monster, raised in an orphanage, they quickly found out about his strange maturity and high intelligence Graduating high school at the age of ten, then university at fourteen with three Master Degrees. He built a company called Aren Industries that invented, manufactured, and sold weapons of war, he invented new weapons the world could only dream of and sold them to the highest bidder. Sitting in his mansion playing The Witcher 3 for the third time he liked to wonder how he would fare in that world when he died instantly in his chair without any warning of pain beforehand. Opening his eyes, he sees a small boy in a groveling position with an old man above him. The old man speaks up first, "Sorry to tell you this but your dead thanks to numbnuts over here", he says pointing at the boy. ------------------------------------------------------- I have a limited amount of knowledge on the world of the witcher, I will be creating a Discord for any of you feeling charitable enough to help me fact check and help me with valid knowledge. Adults Only: this fanfiction will have sex scenes, rape, torture, humiliation, drugs, and various other adult themes.