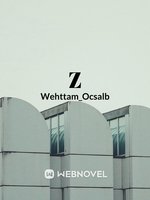 Will be Right Back

What is Will be Right Back

Will be Right Back is a popular web novel written by the author Wehttam_Ocsalb, covering SYSTEM, SCI-FI, VIDEO GAME, REAL WORLD, Magical Realism genres. It's viewed by 12.6K readers with an average rating of 0/5 and 4 reviews. The novel is being serialized to 0 chapters, new chapters will be published in Webnovel with all rights reserved.

Sorry!! This novel is for a major-major revision! Coming Soon! After I'm done, it'll be a mass release of 100 Chapters in one big bang! :D Mwahaha