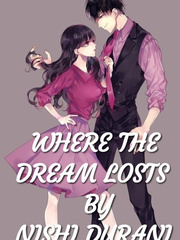 What is Where the dream losts

Where the dream losts is a popular web novel written by the author nishidurani, covering REINCARNATION, ROMANCE, Fantasy Romance genres. It's viewed by 203.5K readers with an average rating of 4.89/5 and 13 reviews. The novel is being serialized to 110 chapters, new chapters will be published in Webnovel with all rights reserved.

She was the messenger of God, sent on earth to end the war between human and the witch realm and bring the peace back. But she did more than that, she fell in love with the price of the witch realm. But the problem was she had to return. As the phoenix was not supposed to fall in love with earthly beings. He became her shadow on earth, but for her, he was her lifeline now. At last she did what she had to do, rebel against heaven and got banished from there. But what she didn't knew that “love could bring the end of immortal beings too” But she would rise from her ashes again to burn everyone who was part of the conspiracy and claim what was hers. In the 21 century For the past 21 years, the king of the witch realm was trying to find his lost prince through the blood trekker spell. And finally, he found him when the seal was broken. But the search opened the door or many more hidden secrets of past centuries. ***** An arrogant CEO who thinks the world was his, but beyond this facade, there was a lonely person who was trying to fight his demons. A bubbly and mischievous heroine who believed in an eye for an eye. Let's see how much havoc she would create in the CEO's life. He was the lost prince and she was here to find him. But they both were unaware of the betrayals, and schemes waiting for them. Would their love survive or their dream would be lost. Come and join the journey of love, betrayal, loyalty and magical war of witches and wizards with a dip of past lives

They Both Love Me, But One is a Devil