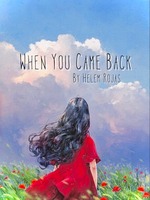 When You Came Back

What is When You Came Back

When You Came Back is a popular web novel written by the author Helem_Rojas, covering MODERN, BULLIED, Teen genres. It's viewed by 3.1K readers with an average rating of 0/5 and 0 reviews. The novel is being serialized to 5 chapters, new chapters will be published in Webnovel with all rights reserved.

Marianne Lee-Hayes went through some of the worst days of her life during her middle school years, until she finally has enough. After leaving for eight years, she finally returns home to Paris, France. Hoping that her past stays her past, but he won’t let her. Adam Leon, a well known model and powerful guy. Hurting Marianne was his biggest mistake. Now that she is back, can he fix his mistake?