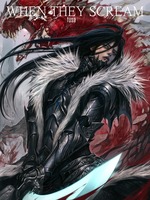 What is When They Scream

When They Scream is a popular web novel written by the author fusa, covering GORE AND VIOLENCE, OVERPOWERD MAIN CHARACTER, WESTERN FANTASY, ANTI-HERO MC, GAY MC, HANDSOME MAIN CHARACTER, Fantasy genres. It's viewed by 510 readers with an average rating of 0/5 and 0 reviews. The novel is being serialized to 0 chapters, new chapters will be published in Webnovel with all rights reserved.

Belial Alexander. The crown prince of a once flourishing country. The place he was supposed to govern used to be rich, but these past 30 years it's been led by a greedy king. The taxes get increased more and more each and passing year. The people don't get to complain or else they will get put to death. Eventually though, the people get tired of having to starve through winter. They planned to rebel. The king spent very few money to strengthen the military, therefore there were barely any soldiers fighting back. The rebellion only took a few days until most of the royal family was captured and brutally killed. Most. The prince got away. And so, the journey of the eternal God started.