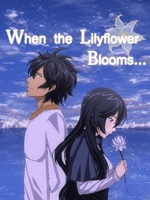 What is When the Lilyflower Blooms...

When the Lilyflower Blooms... is a popular web novel written by the author Linodo, covering MAGIC, ROMANCE, DUNGEON, STRONGLEAD, SUPERNATURAL, SLICEOFLIFE, URBANFANTASY, MYTHOS, SECRETIDENTITY, MULTIPLELEADS, Fantasy Romance genres. It's viewed by 90.5K readers with an average rating of 0/5 and 6 reviews. The novel is being serialized to 55 chapters, new chapters will be published in Webnovel with all rights reserved.

In a modern world where magic and status boards exist, twenty-three-year-old S-Class Archmagus Aria Saciustrum found herself in the morbid situation of joining her country’s own Dungeon Dive expedition. A researcher at heart, Aria didn’t like the idea of slogging away in the dirty depths of the petrifying dungeons that spawned all over the world. However, her scientific mind trumped her own feelings, and she forced herself to join her country’s first S-Class Dungeon Dive. The allure of finding a treasure or a discovery that could shake the foundations of human society was too enticing to just walk away. So… Aria dived deep into the Dungeon, alongside her friend the S-Class Healer Yvette, and yes, her efforts had paid off. The S-Class party did manage to find a groundbreaking discovery. One that would shake the foundations of the world and would haunt the nightmares of everyone living on Planet Earth. Just… It wasn’t what Aria had hoped for... New chapters every Monday, Wednesday, Friday and Sunday at GMT+8 0100