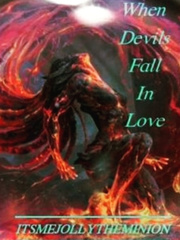 When Devil's Fall In Love

What is When Devil's Fall In Love

When Devil's Fall In Love is a popular web novel written by the author Jollytheminion, covering ROMANCE, ACTION, REINCARNATION, MODERN, VAMPIRE, R-18, COMEDY, SCIFI, SPG, EXPERIMENTS, NATSU, SALAMANDER, Fantasy Romance genres. It's viewed by 3.1K readers with an average rating of 0/5 and 4 reviews. The novel is being serialized to 13 chapters, new chapters will be published in Webnovel with all rights reserved.

She can't see. She can't hear. She can't feel anything even her heart never beats. She's like a living corpse. Unless she wears her bead that makes her strong, see and hear everything even if its miles away. She thought she's not human anymore. Until she met him. The guy who taught her heart to beat and makes her feel human again. The guy who never failed her to smile everyday and taught her how to control herself from being demonic creature. But what will she do if he finds out her past and her true self? Will he be able to love her despite of all the chaos and dangers she might brought to him? Or Will he stay away from her like what others do when they find out who truly she is. All Rigths Reserved Itsmejollytheminion