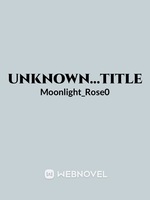 What is Wars and Roses

Wars and Roses is a popular web novel written by the author Sunny_Skies, covering ROMANCE, ADVENTURE, LOVE, ROSES, R-13, OFFICE, ROSE, Fantasy Romance genres. It's viewed by 1.1K readers with an average rating of 0/5 and 0 reviews. The novel is being serialized to 1 chapters, new chapters will be published in Webnovel with all rights reserved.

Addilyn Meyers, who works for the biggest company in the United States, expects a huge promotion. She puts everything on hold; including her love life. Instead of the promotion, what if they hire an outsider who instantly becomes an enemy of Addilyn’s. Trying to put him down, she realizes that he is not only good looking but also has a great personality and definitely her type. But the thing is, the outsider notices her too? What would happen when a war turns into roses?