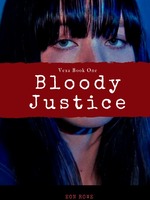 Vexa is a popular web novel written by the author roweon, covering ROMANCE, SYSTEM, MODERN, MYSTERY, THRILLER, CRIME, SUSPENSE, PSYCHOPATH, LAW, INVESTIGATION, Contemporary Romance genres. It's viewed by 21.1K readers with an average rating of 0/5 and 0 reviews. The novel is being serialized to 36 chapters, new chapters will be published in Webnovel with all rights reserved.

High school student by day, serial killer by night Vexa behaves as a normal sixteen-year-old student during the day. However, she has another identity unknown to everyone. At night, she discreetly terminates her fellow students such as the bullies, rapists, drug addicts, killers, and many others having bad records. As the authorities found dead bodies dumped in Tuson's River, the school administration decided to cooperate in finding the suspect. As the investigation continues, Vexa's hidden identity becomes threatened more than ever.